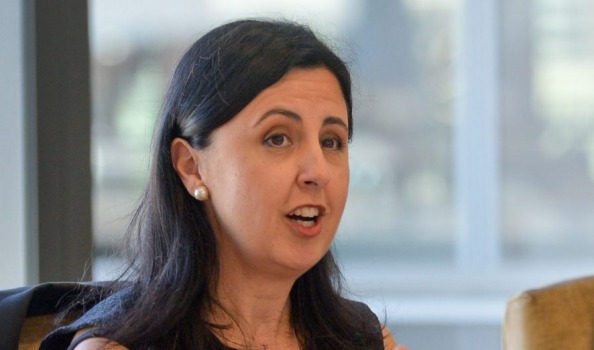 Angela Diamond, director of Diamond Communication Services, says one of the most-important factors in ensuring the adoption of new technologies is effective leadership.

With the pace of technological change sweeping the business world showing no sign of abating, organisations must either adapt the way they operate or risk falling behind their more nimble competitors.

Participants at The Australian Financial Review and Telstra Culture Tech roundtable agreed the perception that Australia was a nation of early adopters of technology – while encouraging – was not necessarily accurate in some areas of business and commerce.

Deloitte Australia human capital lead David Brown says his organisation recently undertook a global study which found that, while 72 per cent of organisations understand the importance of new technologies, only 9 per cent consider themselves ready to make use of them.

“It’s indicative of the exponential nature of the speed at which things are coming at us,” says Brown. “The interest is there, but organisations are just not keeping up.”

Telstra’s head of key accounts, Chris Russo, says much of the challenge stems from the management structure that exists within many organisations. Often, this is not conducive to rapid technology adoption and usage.

Russo says the business world is still filled with hierarchical structures which can stifle the implementation of technologies that could actually help organisations evolve and grow.

“There is a very interesting debate to be had about how inculcated the hierarchies of our large corporates are and how quickly can they re-imagine themselves to truly take advantage of the innovation that is there and ready for them to have,” she says.

Chief executive of mortgage lending specialist Aussie, James Symond, says the financial sector is one area in which competition has led to rapid technology adoption.

“It was only 13 or 14 years ago that you went to a customer’s home with a pen, a pad and a receipt book and that’s all you needed,” he says. “Today, it’s totally changed and we’ve taken a view that you’re either part of change or a victim of it.”

Symond says it’s vital for companies to “get on the bandwagon” and invest in appropriate technologies while also ensuring they take their people on the journey.

“I don’t do anything but have a brand and a great service proposition, so I need all the help I can get,” he says. “And technology, for me, is front and centre. It makes the process easier for the customer and, for me, it’s an edge.”

Director of corporate stakeholder relations company Diamond Communications, Angela Diamond, says one of the most important factors in ensuring the adoption of new technologies is effective leadership.

“It really has to be from the top and the executive team has to embrace it,” she says. “Because if they really want the innovation that they say they want, they have to invest in it.”

Diamond points to popular technologies, such as communications platform Yammer, which often fail to provide the benefits sought by organisations. “They die a sudden death if they are not supported (by management),” she says.

“If it’s seen just as an IT project, which it often is, then there can be a disconnect. There is also a big disconnect because people in their private lives are so connected, and they expect it internally.”

Ovum’s global lead analyst, government, Kevin Noonan points to the technology adoption trends occurring in developing countries, where many businesses have effectively skipped the last part of the 20th century and jumped straight into the 21st century. “When they talk about changing organisations, they don’t have too much legacy holding them back,” he says.

“I think the biggest problem that we have to face is this idea of the business and IT as being separate entities,” he says. “It’s no longer this idea that you can somehow run a business and think about technology as this thin veneer on top of old ideas.”