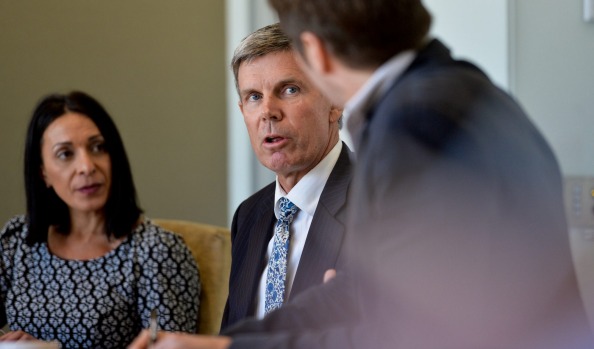 With the push on for Australia to become an “innovation nation”, businesses are searching for ways to foster an internal culture that supports this goal.

While technology success stories such as Google and Facebook are often lauded as shining examples of innovation cultures at work, the approach can bring significant value for companies in any sector and of any size. Creating a spark and then fanning the flames is the big challenge.

Participants at The Australian Financial Review and Telstra Culture of Tech roundtable agreed nurturing innovation was critical for all Australian businesses and more attention needed to be focused on how best this could be achieved.

University of NSW associate dean Professor Nick Wailes says one of the key factors that has made innovation a powerful force in a company such as Google is that it has become “a habit”.

“You can’t just think, ‘I want an innovative workplace’,” he says. “You actually have to have people, time and skills, and the opportunity to develop those type of skills.”

Wailes says taking a structured approach to the challenge is particularly important. It’s not a matter of simply allocating half-an-hour of staff time here and there, but rather having a sustained and methodical way of working. Staff need to be given a real opportunity to develop their ideas and assurance that the organisation supports their endeavours.

“They talk a lot about being free to fail,” he says. “That failure is to try something [and] learn from that experience so that next time you do it, you do it better.”

Telstra’s head of key accounts, Chris Russo, says she is seeing increasing numbers of Australian companies committing to their own innovation agendas. Often these incorporate significant financial investments, a dedicated program of work and a departure from the normal economics of a business case.

“If you were to look at 90 per cent of the client base in the capacity of my role, every one of them will have had some demonstration of an innovation head, an innovation lab [or] an innovation think-tank,” she says. “They’ve been given free rein if you like, and now they can actually truly start to transform the rest of the organisation.”

The chief executive of mortgage lending specialist Aussie, James Symond, says when creating a culture of innovation, it is vital an organisation ensures its staff understand what is happening and the benefits that will be delivered.

He recalls when his firm first issued its brokers with laptop computers in 2002. Many were so reluctant to use the new technology that they left the firm.

“At the time, we didn’t take them on the journey,” he says. “We just said: ‘This is what you’re going to have to use’. I think half the battle is won if you get them to embrace it, to understand it [and] to go on the journey.”

Symond admits it was a hard lesson to learn then, but he fears many companies are still failing to get a buy-in from their staff when it comes to taking new strategies and being more innovative.

Angela Diamond, director of corporate stakeholder relations company Diamond Communication Services, agrees that buy-in is critical for innovation programs to work within organisations and deliver the kinds of benefits that are possible. She says the role of innovation team leaders is critical.

“They have to almost be a servant to the team and provide them with everything they need and allow them to try different things and not even have a plan, which would be terrifying for most people,” she says.

Rather than following a prescriptive agenda, teams should be allowed to examine ideas and challenge accepted notions of what might succeed. While such an approach is unlikely to generate success from every idea, it will at least allow multiple opportunities to be explored.

Deloitte Australia human capital lead David Brown says many companies will have to fundamentally change their organisational structure if they are to become truly innovative and take advantage of future opportunities.

He points to US-based serial entrepreneur and angel investor David Rose who says any company designed for success in the 20th century is doomed to failure in the 21st.

“His whole point is that, for bigger organisations, disruptive innovation is really hard because they’re hard-wired for success now, which is not success for the next 20 years,” says Brown.

Justin Drape, co-founder of creative agency The Monkeys, says much of the culture change that will be required within organisations comes down to the way in which employees are managed and inspired.

Drape recently visited Google’s headquarters in the United States where he met with executives and staff to gain an understanding of how they had been able to be so successful in generating this type of environment.

“It was quite inspiring and intimidating the way they have cultivated such an innovative culture,” says Drape. “Every part of that business is set up for innovation.”

He says staff are encouraged by being publicly recognised for the ideas they come up with and the work they do to bring those ideas to life. Everyone on the company staff aspires to that kind of recognition.

“There’s a big open dining hall [where] you go in, you sit down, and you chat about ideas,” he says. “People probably stay there for hours and have some gems that they come up with [and] all of the different parts of the business seem to assimilate.”